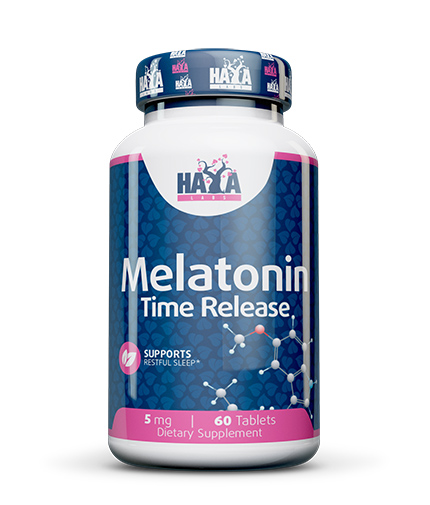 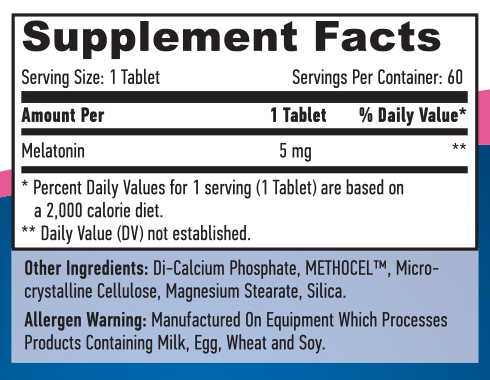 Haya Labs Melatonin Time Release is a natural product, rich of melatonin with a time release in the human body.


Melatonin is a naturally occurring hormone, produced by the brain through the pineal gland. Its circulating levels in the body are varying during the day in relation to the environmental factors.
The releasing and synthesis of melatonin are suppressed by the light and stimulated by darkness, which suggests that the element is playing an integral role in the circadian rhythm (biochemical, physiological, and behavioral processes, based on 24-hour cycle) in the organism.

Melatonin is described as a powerfully penetrating antioxidant, due to its ability easily to pass through the cell membranes and blood-brain barrier. Some studies demonstrate that it is able to protect DNA from destruction, caused by carcinogens, as well as to protect from heart disease, depression, and immune system disorders.

While scientific evidence continues to reveal the enormous amount of its health benefits, melatonin is mainly known for the ability to stimulate sleep. As its production is hampered by the light and enhanced by darkness, with night approaching, the epiphysis secretes melatonin, which causes the sleepy feeling and lowers the body temperature.
Melatonin levels continue to increase, reaching their peak in the middle of the night and gradually decreasing with dawn approach - this effect is known as melatonin phase-response curve (PRC).

While the supplementation with melatonin is an effective natural support for better sleep, if taken in great quantities, it could be counterproductive and is able to destroy PRC; for example, 1 mg can be used more efficiently by the body in comparison with 20 mg dose.